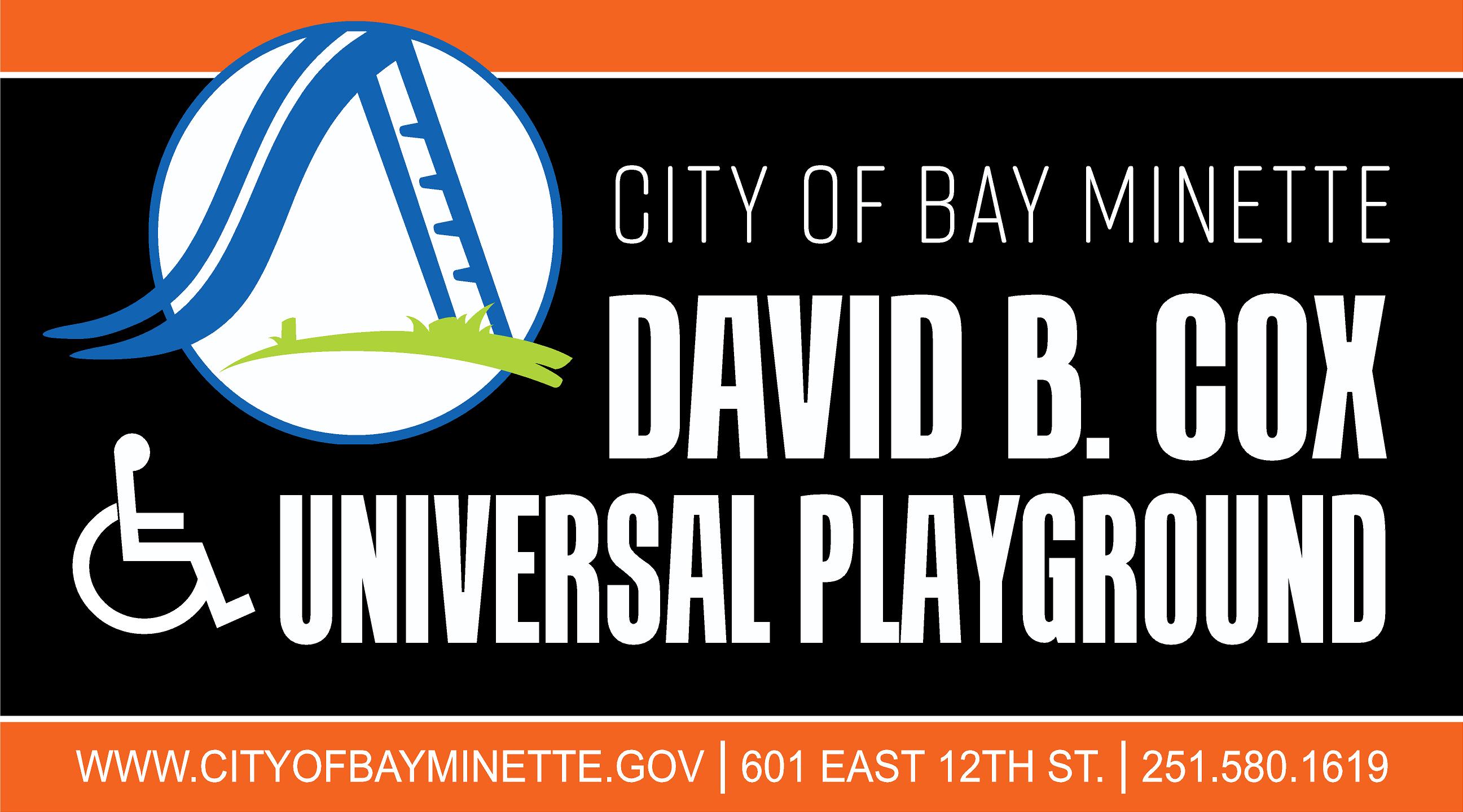 Built in 2011, the Universal Playground was funded through a grant provided by The Alabama Department of Economic and Community Affairs in addition to local matching funds provided by the City of Bay Minette. The park is located at the corner of Bradley Avenue and East 12st Street at the Municipal Pool Complex.

The park features typical playground equipment, but with a design that accommodates those with special needs. The play area includes zip slides, climbing walls, various slides, umbrella canopies and Americans with Disabilities Act-approved amenities. It also include double ramps to allow for multiple wheelchairs, and the groundcover is concrete with a padding overlay to make it easier for wheelchairs to maneuver through the park.

In October 2020, the Bay Minette City Council voted to honor the late David B. Cox by renaming the Universal Playground in his memory. Mr. Cox was instrumental in the planning and design of the Universal Playground which opened in 2011. David Cox was born with Spinal Muscular Atrophy and never let that hold him back. He represented the State of Alabama as Alabama’s Easter Seals Child. While a student at Baldwin County High School, he was a member of the National Honor Society, Key Club and Delta Belles and Beaux; as well as being a representative at Alabama Boys State. He went on to graduate from Georgia Institute of Technology in Atlanta with a degree in mechanical engineering and built his own successful engineering firm, Cox Consulting. He later served on the Baldwin County Board of Education and as Deacon and Sunday School Teacher for First Baptist Church of Bay Minette.